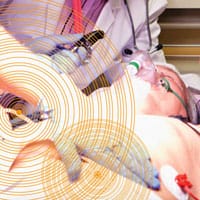 B·R·A·H·M·S PCT (Procalcitonin) helps to simplify the quest for determining whether an infection is bacterial. Procalcitonin (PCT) levels can give key information on the diagnosis and can also guide doctors in their decision on the appropriate use of antibiotics, namely for how long the therapy should last.

Sepsis (also called “blood poisoning") is a life-threatening condition and is caused by the body’s immune response triggered by an infection, most commonly due to bacteria. It’s the primary cause of death from infection. Sepsis results when the body attempts to fight an infection and injures its own tissues and organs. The earlier elevated levels of Procalcitonin are detected the earlier the antibiotic therapy can begin and the better the outcome for the patient.

With more than 3500 publications PCT has been proven to be a reliable and safe marker for infections and sepsis. Most of the studies have been done with any of the several B·R·A·H·M·S PCT assays that share the same antibodies and have been standardized using the same cut-offs. B·R·A·H·M·S PCT is a highly sensitive assay that enables secured clinical decision making independent of the platform used.

For many years doctors administer antibiotics based on their expertise and with support of the sound evidence on the B·R·A·H·M·S PCT assays in diverse infectious diseases including sepsis. Clinical expertise and evidence are two good reasons that nurtured the PCT algorithm on which clinicians worldwide rely on – be it for the diagnosis or the antibiotic stewardship – always to the benefit of the patients. B·R·A·H·M·S PCT assays have proven to show early and highly specific response to bacterial infection and sepsis. 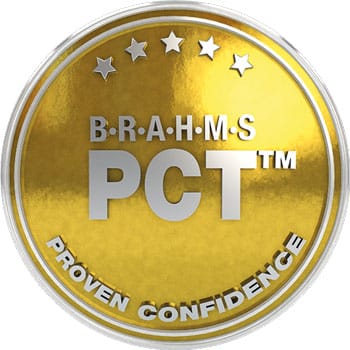 All B·R·A·H·M·S PCT assays meet the highest international quality standards and have been demonstrated to improve the accuracy of diagnosis and risk assessment in bacterial infection and sepsis and to guide antibiotic therapy-related decisions. With its research and development in the area of sepsis diagnosis, B·R·A·H·M·S Biomarkers succeeded in taking an important step forward with the marker Procalcitonin and was able to develop a laboratory test procedure for the detection of sepsis, which allows for early detection of the disease in the blood, so that life-saving treatment measures can be initiated and monitored even earlier.

The focus of the B·R·A·H·M·S' research and development is on the identification of further blood biomarkers within the scope of sepsis – for the early detection, therapy control and, in particular, the progress prognosis of the disease. A whole family of new biomarker candidates has already been identified in this regard.