An early indication concerning initial treatment response (i.e. the use of antimicrobials, fluids, vasopressors, supportive organ therapies) is essential in order to adapt and modify treatment at the earliest opportunity possible in patients where treatment is likely to fail.

In a publication, the combined use of PCT for guiding antibiotic administration and MR-proADM for assessing the host response was investigated upon sepsis diagnosis and 24 hours after diagnosis. Initial results found that MR-proADM was independent of absolute PCT concentrations at both time points, as well as the delta change in PCT concentrations. Similar findings were also found within the first 4 days of treatment. 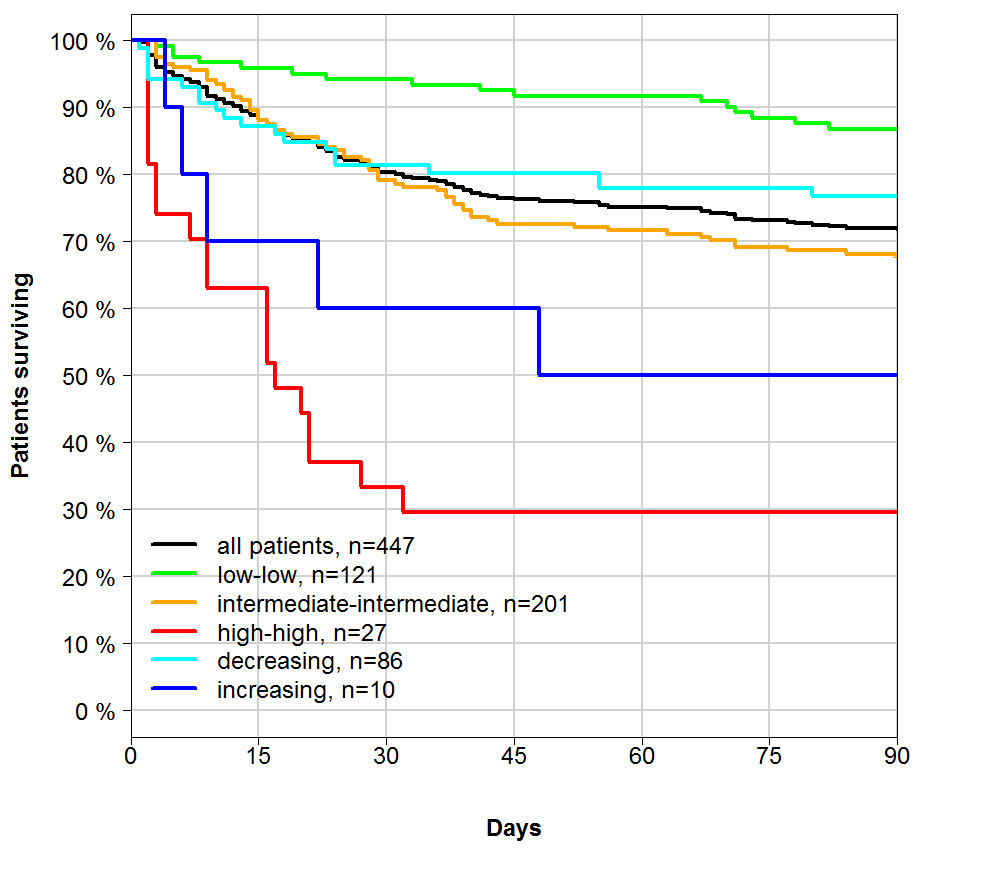 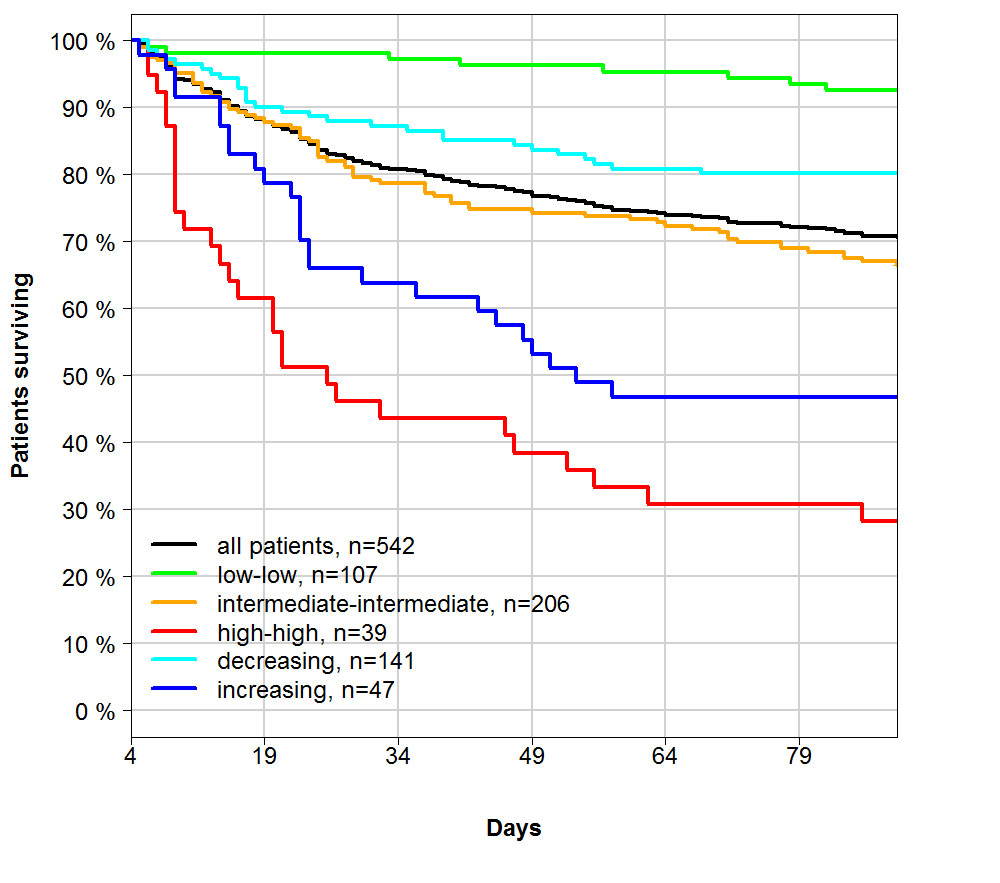 Decreasing PCT concentrations have been shown to indicate the initiation of a successful antimicrobial therapy Ref‑1,2, and the adherence to a PCT guided algorithm shown to facilitate a reduction in antibiotic use Ref‑3‑5. However, the addition of MR-proADM could be shown to provide a significant additional clinical benefit. The early presence of continuously elevated or increasing MR-proADM concentrations – despite decreasing PCT concentrations and on-going intensive care unit (ICU) therapy – may provide a prompt indication as to a likely subsequent failure in treatment and a poor overall outcome. In patients with such a biomarker constellation, therapy should be modified at the earliest opportunity possible. Further studies are required to add additional detail in this field.

In addition, nearly 25% of patients with continuously intermediate SOFA levels showed no significant response (SOFA ± 1 point) to on-going ICU treatment within the first 24 hours after diagnosis. The host response in this patient group is potentially the most difficult to determine when compared to patients with continuously low or high SOFA levels, and therefore an early indication of treatment response is potentially the most clinically useful. This patient group had an overall 28 day mortality rate of 26.2%, yet of these patients, those with continuously low or decreasing MR-proADM concentrations (N = 80; 13.8% mortality) had a significantly lower mortality rate compared to those with continuously high or increasing concentrations (N = 40; 47.5% mortality; HR [95% CI]: 0.1 [0.0 - 0.4]). Similar MR-proADM subgroups could also be found within the stable low, increasing and decreasing SOFA populations.