Pro-AVP, the precursor peptide of AVP and Copeptin, is produced and released by two endocrine mechanisms, which are distinct, but may have some anatomical interaction at the neuronal level.

AVP and Copeptin release in hypothalamus and pituitary and its effects 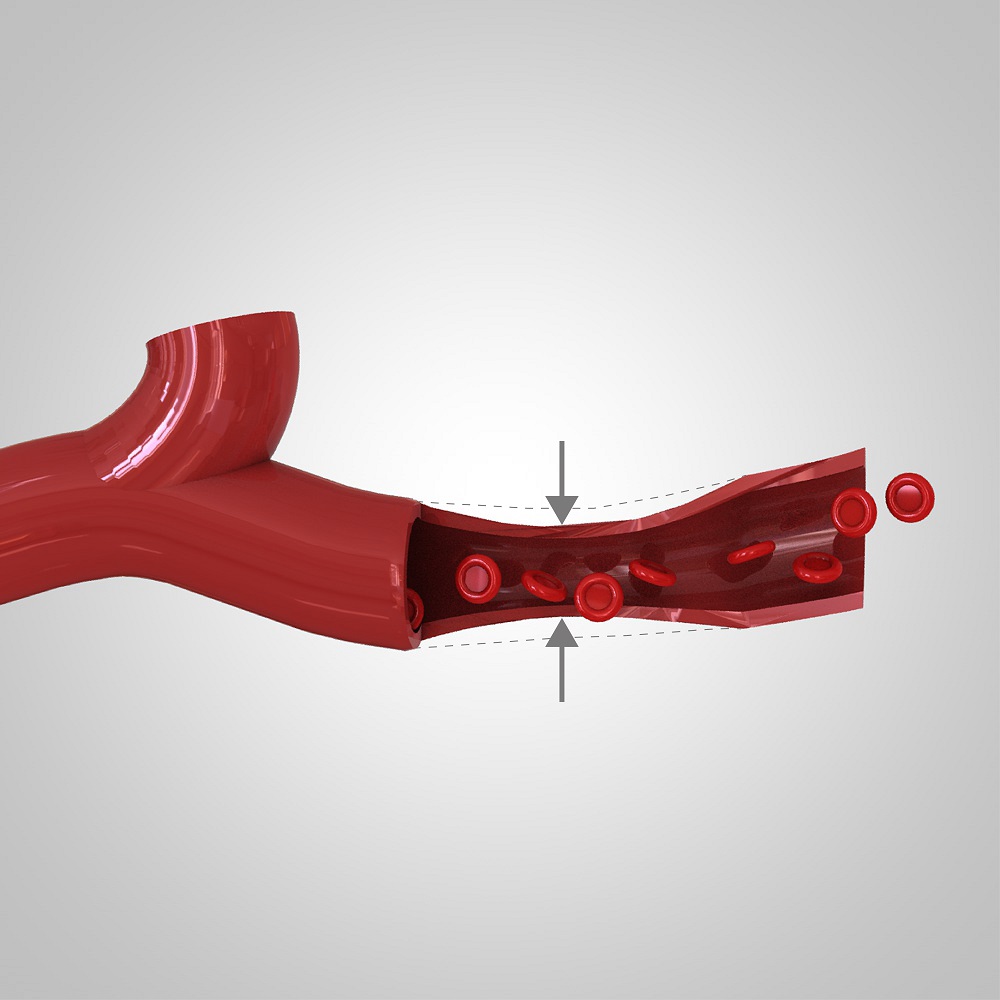 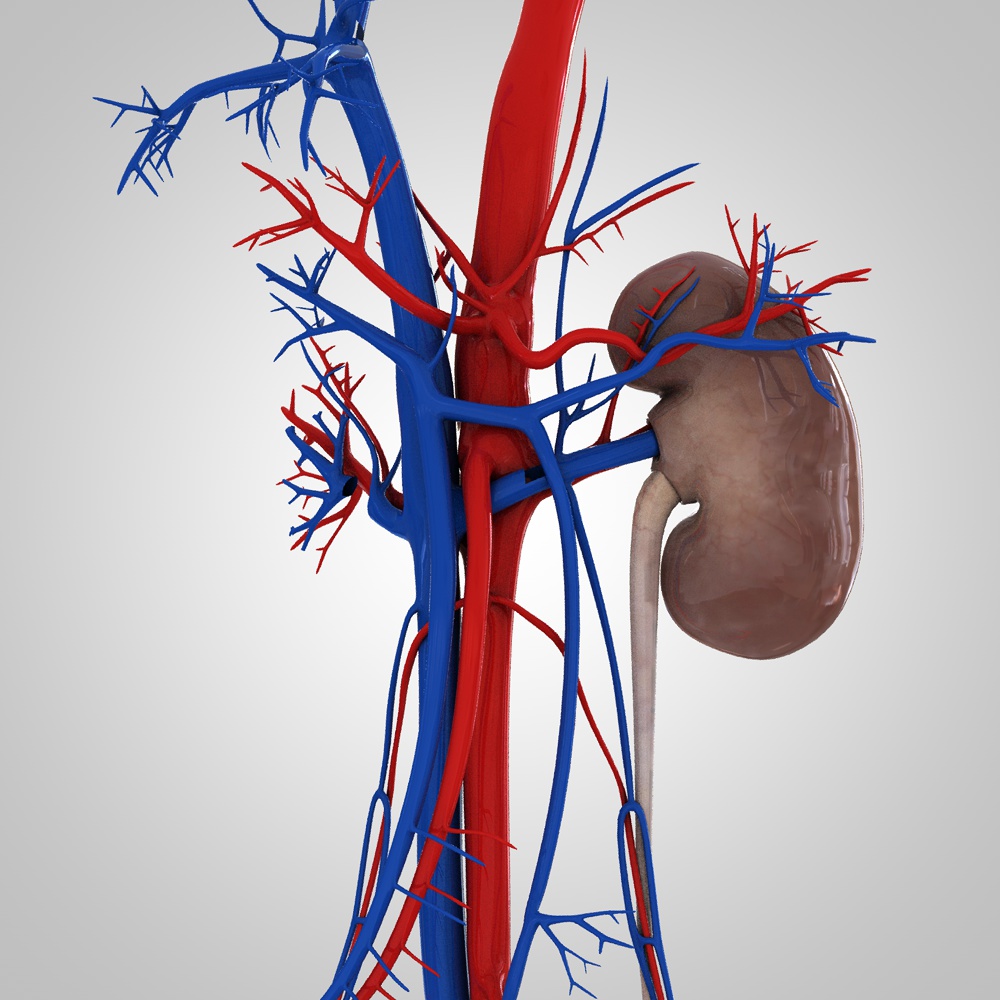 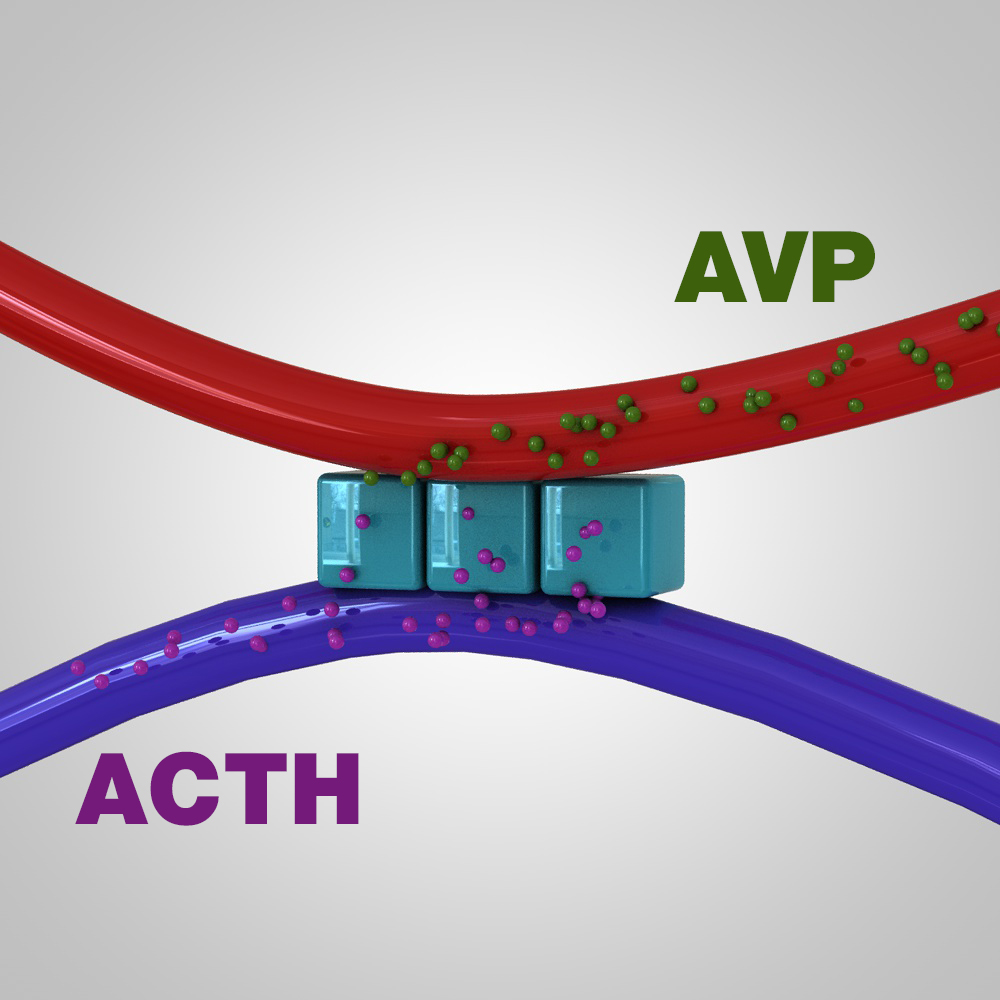 Pro-AVP is subjected to a four-enzyme cascade to reach the bioactive conformation of mature AVP.Ref-1 During this process, copeptin and neurophysin II seem to help in the correct folding of AVP.Ref-2 Processing is usually complete at the level of the neurohypophysis.Ref-1 All three peptides are subsequently secreted from the neurohypophysis upon hemodynamic or osmotic stimuli; in particular once released into circulation, AVP exerts its peripheral effects by binding to tissue-specific G-protein-coupled receptors (GPCR). The V1 receptor, which mediates arterioral vasoconstriction and the V2 receptor, which is responsible for the antidiuretic effect of AVP in the kidney. 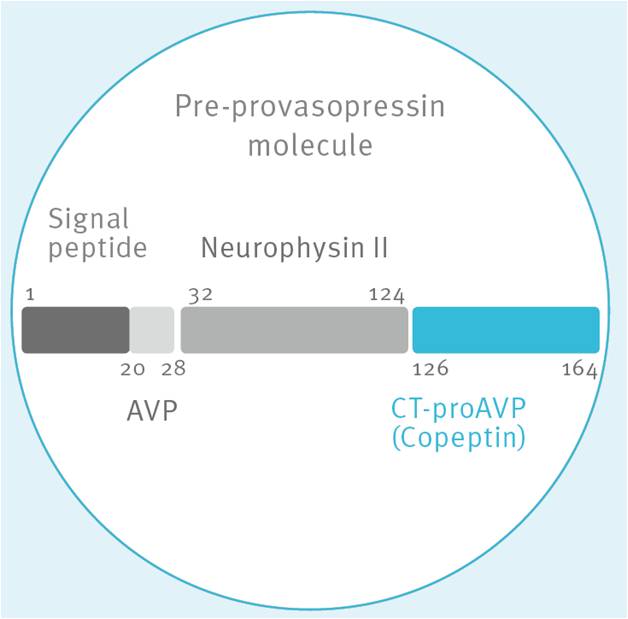 When released by the anterior pituitary gland, the precursor peptide is synthesized and processed in the parvocellular neurons of the hypothalamus, an area where releasing hormones, such as corticotropin-releasing hormone (CRH), are also produced. AVP produced by this mechanism is subsequently released into the pituitary portal system at the eminentia mediana and acts immediately on the endocrine cells of the adenohypophysis, by binding to its V3 (V1b)-receptor. The complex stimulation of the humoral stress response, resulting in adrenocorticotropic hormone (ACTH) and cortisol release, has been attributed to a synergistic effect of CRH and AVP.Ref-3-6 This redundant or “backup” system of two hormones from the hypothalamus for the release of ACTH underlines the physiologic importance of the endocrine stress response